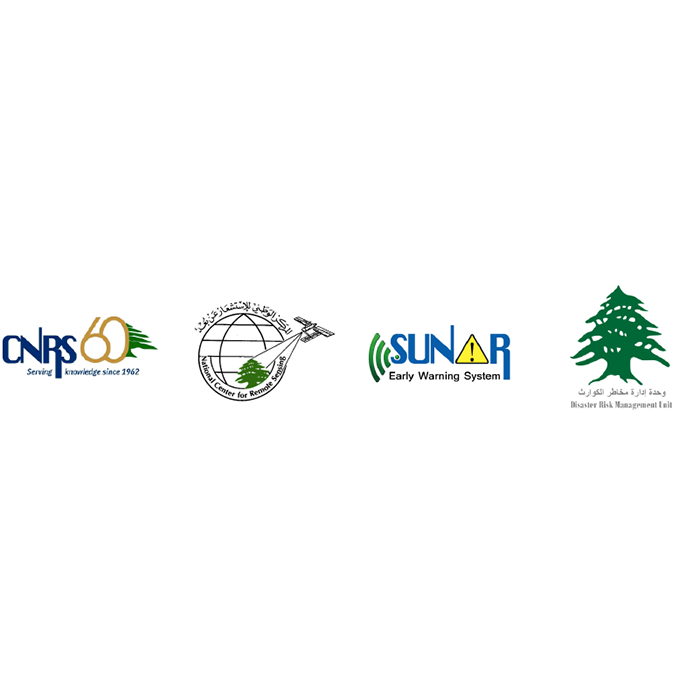 The CNRS and the DRM Lebanon Unit in collaboration with Esri Lebanon took part in the #GIS week “Mapping Common Ground” by hosting the GIS day “From Risk to Resilience” on the 16th of November in the CNRS conference room. After the welcoming speeches, the interventions were done as follows: Eng. Hassan Al Sabea Ph.D. candidate at the CNRS-L presenting “Flood Risk Assessment", Eng. Nadine Aoun from the Ministry of Economy and Trade - the Republic of Lebanon presenting "Food Security", Eng. Bashar Mokdad from the DRM Unit presenting "GIS Role in Achieving DRR role in Lebanon", Eng. Houssein Khatib from the CNRS presented "Forest Fire and Early Warning System" and Mr. Mohamad Chalhoub from Esri Lebanon presented "The Emergency Management Solution".

At the end of the ceremony, a GIS License was distributed to the presenters and panelists as well as an achievement award was presented to the DRM Unit and the SuNaR EWS platform.

Check out this event calendar

"GeoSpatial Use for Disaster Risk Reduction (DRR) Goals", Eng. Bashar Moqdad-DRM Unit at the Presidency of the Council of Minister

Capture all the innovation, inspiration, and insights from recent Esri events. Explore papers and abstracts, session videos, and presentation materials shared by peers from the global user community. Apply these success stories and best practices to your own work.

Check out the event posts

Some photos from the event

previous
Next
An error has occurred. This application may no longer respond until reloaded. Reload 🗙